There are many important items to think about when you first start building your online business. Especially if you are entering a new industry for the first time and don’t have much expert authority built.

It appears to me we often look over the most powerful (and obvious) aspects at first. (Human Psychology). We like to focus on the fun & sexy aspects like building a new product/program. Trying to sell it. Trying to get it in front of more people.

All of which are important. However, if we look at the psychology behind the buyer mentality, and how to tap into these foundational human traits it makes it so much more effective to build that business. (Which all first starts with building a list!)

You may be thinking, “What are you talking about Mark?” Well there are so many good ones, where do we start.

There are proven triggers in us humans of the way we react and behave to different actions. The easiest to understand is if I were to bring up politics, and name for example “President Trump”, I could anticipate that it is either going to entice anger, resentment, aggression from you or pride, hope, joy, victory, depending on which side of the fence you sit.

Now regardless of my political beliefs I could use that trigger to engage a certain reaction.

Let’s look at a few of the more fundamental Psychological Factors we can use when trying to build our following.

We have the Rule of Reciprocity – stating that by giving value we gain value in return.

There is the “Ben Franklin Effect” which is one of my favorites. It states that if we get someone to do us a favor they actually LIKE us MORE because they did the favor. This is because it is important to the human brain to prove it’s self-correct. So if they do a favor for you they need to believe that you are a valuable person.

Another foundation that we all see often is “Loss Aversion”. This is the corner stone to the urgency and scarcity triggers. We don’t want to lose even if we never needed the win, which is why we are driven to buy or react on things we never needed/wanted in the first place, simply because it’s “Going Away Soon”.

One of the final ones I’ll discuss here is “Mere Exposure Effect”. This psychological trigger is what causes us to feel connected to complete strangers, simply because of repetitive exposure to them, typically via an online, TV, or Radio platform. It’s why you get so connected to your favorite characters on Netflix. It’s also why when you first see someone in a Facebook Ad you are like “Who the heck is this guy think he is??”

But then when you see him for the 50th time you are like “Oh there is Mark T Wade talking about One-Day Summits again”!!!   And all of a sudden we are now connected.

There are so many powerful tools that underline the human psyche.   After 2 doctorates I have had some exposure to these tools.   I see them being played out all over the interweb!

Also a great article, which lays out many of the most common psychological triggers we use regularly, is this article here by Kevan Lee.  “15 Psychological Studies That Will Boost Your Social Media Marketing“.

Some are so marvelously crafted weaving from one trigger to the next in a seamless motion pulling you from euphoria to anticipation to action.

The more effective you are at being able to use these components in your efforts to build your list of followers, the quicker you will be able to become the influencer in your industry.

One of my go-to’s for list building is the ‘One-Day Summit’ because it so powerfully combines 12 different psychological triggers perfectly to not only quickly & effectively build a following, but to also take that new follower on a journey.

It creates loyalty, and trust. The One-Day Summit motivates the Rule Of Reciprocity, and plays on the “Framing Effect”, while pulling on the “Comparative Compound & Social Influence” triggers.

If we had all day I would talk you through each of these aspects and why One-Day Summits have helped thousands of new & seasoned entrepreneurs quickly build massive lists of raving fans.

The simplest way to state it is the One-Day Summit is online entrepreneurs proven formula to quickly build your list, launch your platform, & make more money (even if you are just getting started).

I would be happy to take some time with you and walk you through the One-Day Summit Formula in one of my upcoming LIVE teaching sessions.

Come see how we use this incredibly powerful strategy to build real lists of real people who are interested and motivated in what you are offering.

A great example would be the “Virtual Posture Summit” where in less than 30 days I brought 9 experts together for this one-day summit. In 3 weeks we were able to build a list of 5,000 healthcare professionals, and produced a $32,000 profit from the one-day event.     We have gone on to do this many more times.

Again, once you understand the psychology that moves and motivates people, and can determine an effective strategy to get your message across it becomes a simple step-by-step process to building your new community of followers.

I hope this information has been an insightful article on ways to tap into that part of all of us which causes us to make decisions, take actions, and react in certain ways.

Once you understand this you can begin to craft your strategies in a much more powerful way.

Until the next time!

Remember it’s Scale Or Fail & the Choice Is Yours. 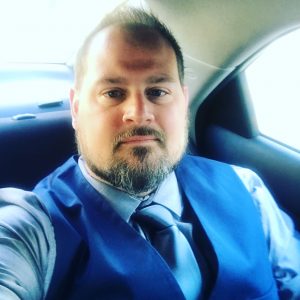 GET MY FREE ONE-DAY SUMMIT COURSE & BUILD YOUR LIST IN A DAY! 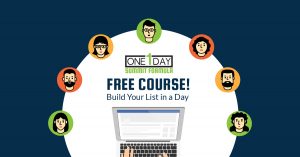 With his brand HustleAndScale.com Dr. Mark helps entrepreneurs scale their side hustles with a technique called the One-Day Summit Formula.  The same strategy he used to build that multi million-dollar business in the health space.  (Still a success today:  American Posture Institute).  It’s one of the top list building techniques available & it even works for beginners and brick & mortar businesses.

Dr. Mark has expert insights on going from side hustle to success, losing a million dollar business – the lessons learned, but his most popular message for most audiences come from the list building strategy that has helped thousands kick start, launch & grow their businesses (valid for any industry or niche).

Dr. Mark T Wade
Dr. Mark T Wade having 2 doctorates went from a brick & mortar clinic to online multi-million dollar education business in the health space.   He has created a top rated podcast, a sold out mastermind for entrepreneurs featuring the likes of John Lee Dumas, Pat Flynn, Lewis Howes & Jeff Walker, & a one of a kind SAAS company called Virtual Summits Software.With his brand HustleAndScale.com Dr. Mark helps entrepreneurs scale their side hustles with a technique called the One-Day Summit Formula.  The same strategy he used to build that multi million-dollar business in the health space.  (Still a success today:  American Posture Institute).  It's one of the top list building techniques available & it even works for beginners and brick & mortar businesses.Dr. Mark has expert insights on going from side hustle to success, losing a million dollar business - the lessons learned, but his most popular message for most audiences come from the list building strategy that has helped thousands kick start, launch & grow their businesses (valid for any industry or niche).
Recent Posts

We're not around right now. But you can send us an email and we'll get back to you, asap. 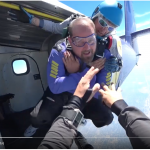